Many of the home remedies for skin tags that are popular today can be really quite extreme for those of us with sensitive skin.  Here are some kinder, gentler alternatives!

What are these pesky little protrusions that appear on the surface of our skin?

We’re actually talking about small, benign tumors that are scientifically referred to as acrocordons, fibroepithelial polyps, and cutaneous or squamous papillomas, among other difficult-to-pronounce “tags.” Laymen might call them skin tabs, soft warts, or, if they’re the flat kind, barnacles.

Skin tags are a common occurrence on at least half of the population. While they are not dangerous, they can really be a nuisance!

In most cases, if it’s a bona fide skin tag, taking care of it at home shouldn’t be a problem. You can’t always be sure, however, so it’s a good idea to get a precise diagnosis to be sure that it’s not one of the similar-appearing skin conditions that could indicate a more serious problem.

Any new skin growth that seems to be growing rapidly, has a multicolored appearance, is painful, or bleeds, definitely needs to be evaluated by a doctor. 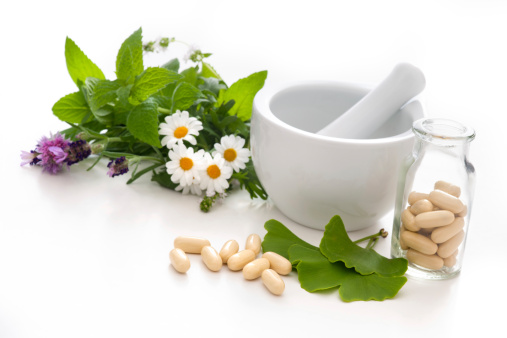 What Are Skin Tags?

Skin tags consist of an accumulation of skin, fat, and vascular cells that form small growths that grow up from the skin’s surface like tiny mushrooms. They usually grow on a small stalk, called a peduncle, so they seem loosely attached and you can wiggle them. They are usually the same color as the surrounding skin, but they can also be a little darker, with a surface that varies from a smooth to rough texture.

There is no standard structure for skin tags, but most tend to be oval shaped, often the size and shape of a grain of rice, but sometimes as large as a grape. They commonly appear on the face, upper chest, and neck, as well as areas of the body where friction is created by skin folding in on itself or rubbing against clothing. These areas include the armpits, groin, and underneath the breasts.

Even though some studies indicate a genetic disposition to skin tags, the exact cause of them is unclear. We do know that they are not caused by a virus, the way that warts are, so they can’t be spread from one person to another. Some people believe that using home remedies for skin tags will cause the skin tags to spread or grow back, but that’s not the case.

Who Gets Skin Tags?

Skin tags are actually very common; just about half of everyone in the world will end up with at least one skin tag at some time. These growths can appear at any age, even in infancy, but the occurrence of skin tags begins to actually “mushroom” after we reach middle age. There are also some groups of people who are more prone to developing skin tags:

Since skin tags generally don’t cause health problems, why would anyone care about removing them? Well, for one thing, they can get in the way; they get caught on jewelry and irritated by clothing. In some instances, you may feel they’re located in an area where they detract from your appearance. These are the circumstances where you just want them to disappear.

You could have a physician remove them, but that can be expensive and most insurance companies won’t cover a procedure that is generally considered cosmetic. This is one reason that many people turn to over-the-counter products or home remedies for skin tags.  Keep in mind, though, that you should only attempt at-home removal on the smaller skin tags; let the professionals take care of the big ones.

There is actually a long list of methods that can be used as home remedies for skin tags. The list includes several combinations of essential oils, which you can learn about from one of the many books published on the subject. There are many other remedies that use products that you probably already have on hand.

Please note that some of these remedies I do not personally recommend, but I include here because you may be able to find a gentler alternative that works similarly.

With so many easy and natural home remedies to choose from, it should be very easy to find one to suit anyone who doesn’t want to deal with them any more.

Of course, you wouldn’t want to use every remedy for every part of the body; you would have to be aware of specific sensitive areas. For example, onion juice or duct tape on the eyelid just would not be a great idea!

Doctors also don’t recommend using wart removal products on skin tags. These types of products are formulated specifically for warts and they might not be effective on skin tags. In addition, they can cause complications and/or skin irritation.

There’s really no good reason why anyone should have to put up with skin tags if they don’t want to. With all the commercial and home remedies for skin tags available, everyone should be able to enjoy smooth, tag-free skin all over their body!