Knowledge is the Best Medicine

As humans, we may encounter countless types of rashes in our lifetimes, but a petechial rash is pretty easy to distinguish from most other kinds of rashes. On the other hand, the cause may not be as simple to pin down.

What’s Different About This Type of Rash

While many types of rashes have common properties such as itching or burning, redness, and inflammation, this kind of rash generally involves no sensation but sight.

It’s easy to identify this type of rash by performing what is known as the glass test. This involves pressing down on the area in question with a piece of glass and observing the effect. If the rash turns white, or "blanches" when pressure is applied, it is not a petechial rash.

You may notice a petechia (pronounced peh-TEE-kee-uh) as a very small, subtle spot barely visible on your skin. Actually, it just seems to be on your skin-the actual petechia lies just underneath the surface. It’s there because something has interfered with your body’s normal blood clotting ability.

The spots are generally tiny, no more than 3 millimeters, or less than an eighth of an inch. Although they are occasionally raised a little above the skin’s surface, more often than not they will be completely flat, and completely undetectable by touch.

One petechia looks like a red, blue, purple, or brown pinpoint, but their tendency to cluster leads to a much more noticeable appearance, and you have a petechial rash. 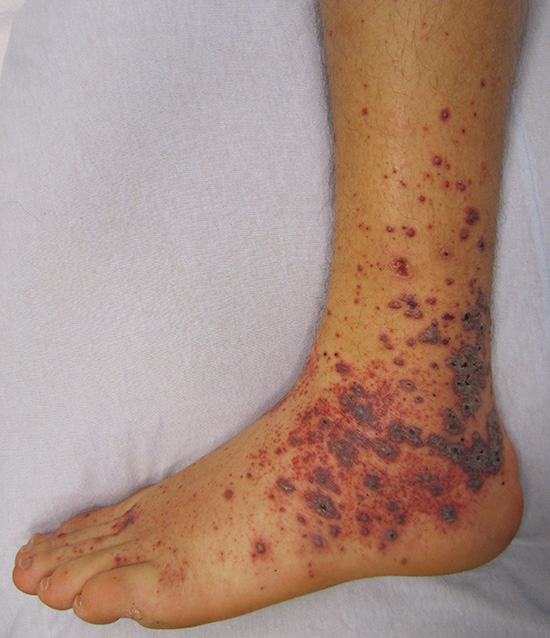 Is Petichial Rash a Cause for Concern?

While some of the common causes of this rash are nothing to be concerned about, you should never take the condition lightly.  If a child develops petechial rash all over their body, please take them immediately to your doctor or healthcare practitioner.

About ten percent of cases can be attributed to conditions that could be life-threatening. If you can’t pin down a simple cause, you should seek immediate attention from your health care provider.

Petechiae occur when capillaries are damaged. Capillaries are the small blood vessels under the skin that transfer blood between veins and arteries, and when they’re damaged in certain situations, small amounts of blood leak into the skin. There are several common ways for the capillaries to be damaged:

Generally, none of these causes is a reason for concern, and the rash is highly likely to disappear gradually once the origin of the problem is no longer a factor.

While the appearance of a petechial rash should never be a reason to immediately push the panic button, it’s important to have a medical opinion when you just aren’t sure why the rash has suddenly appeared.

This is especially true if the rash is accompanied by a fever or other signs that all may not be well. The rash could signal an underlying condition that will need immediate attention:

Other causes include medications that thin the blood, including aspirin and NSAIDS, as well as some medicines that are used in the treatment of cancer and malaria. Even some antibiotics, such as penicillin and sulfa antibiotics, can create petechial rash in some people. 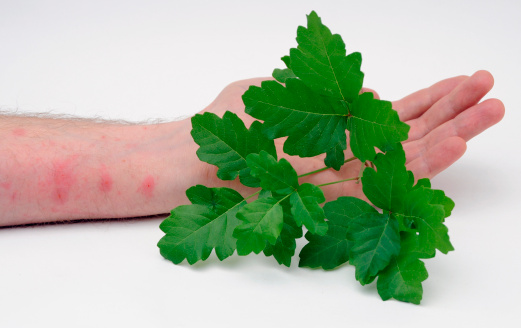 Who Is Likely to Get Petichial Rash?

Obviously, patients of the petechia-creating diseases, as well as those who take the associated medications, are more likely to develop the rash.

Alcoholics, pregnant women, and heavy exercisers are also potential candidates. As we get older, we are more prone to develop the rash, but it’s essentially impossible to predict who may get a rash outside of the common risk factors.

Even children can develop petechiae. This can be a cause of concern for parents; they may have searched the web and found the association between petechial rash and meningococcal disease, leukemia, or thrombocytopenia, especially when the rash is accompanied by fever.

It’s important to note that the number of children who actually are diagnosed with these serious types of disease is small, less than 10%, however you will want to be sure to bring your child to a health care provider if they get a petechial rash.

The greater majority will more than likely be suffering from a standard childhood injury or a bout with a more benign viral infection. With these facts in mind, diligent parents should calmly take their child in for a check-up. If by some chance they fall into the lower percentile, early diagnosis and treatment is vital to a good outcome.

Is There a Treatment?

Although there is no specific treatment for this accumulation of petechiae, you can take action to treat whatever it is that is causing the rash, and it is likely to gradually go away.

Often for those of us with sensitive skin, it may take a while to discover what is at the root of your rash.  According to many holistically oriented health professionals, skin rashes are symptoms of an underlying imbalance or condition.

If the cause is an injury, you can apply cold to the area intermittently for 24 hours after receiving the injury.

Then again, if the petechial rash relates to a low platelet count, a transfusion may be in order.

In the case of an infection or disease, treating the core problem will also make it easier to control the rash, while a rash caused by your meds may mean it’s time for a change.

In any case, consulting a health professional for your petechial rash is the first step.   If your medical doctor does not have answers, I recommend that you see a qualified  Naturopathic Physician, Functional Medicine Doctor, Acupuncturist, Ayurvedic Doctor or other holistically oriented health care professional

With the right treatments and a little time and patience, you’ll be on the road to overall health that goes beyond skin-deep.